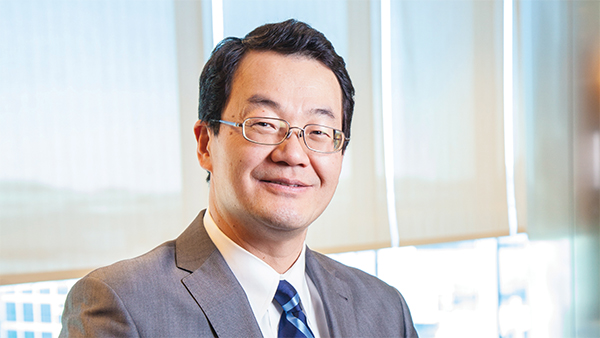 For the third consecutive week, mortgage rates fell, and the 30-year fixed-rate mortgage is now at its lowest average in three years, according to Freddie Mac. But while those historically low mortgage rates are helping to improve home buyers’ purchasing power, the real estate industry can’t rely on the current financing trend to boost sales in the long-term, Lawrence Yun, chief economist at the National Association of REALTORS®, said at NAR’s Policy Forum in Washington, D.C., on Thursday. “At some point, mortgage rates are going to revert back to normal,” Yun said, noting that the interest rate for a 30-year mortgage was 8.1% in 2000.
Even with today’s low rates, housing affordability is lower than historical norms. So the real quagmire that needs to be solved, Yun said, is the lack of available inventory, which is pushing home prices higher. “Home sales—even with record low unemployment and high job creation—are not breaking higher. We need to ensure there is an adequate [tax] incentive to bring more new homes to the market.”
Yun noted that the national homeownership rate has remained flat since 2007, and low mortgage rates since then haven’t moved the needle. And because the wealth gap between renters and homeowners is growing, “if homeownership isn’t rising, the wealth divide will expand between the haves and have-nots,” Yun said. If the homeownership rate continues to lag behind historical norms, “one has to wonder: Are we turning into a renter nation?”
Freddie Mac reported the following national averages with mortgage rates for the week ending Feb. 6:
Share This:
Facebook Twitter Google+ Pinterest Linkedin Whatsapp
mortgage rates
By Rajesh Kumar Panda v�o l�c 12:52 pm