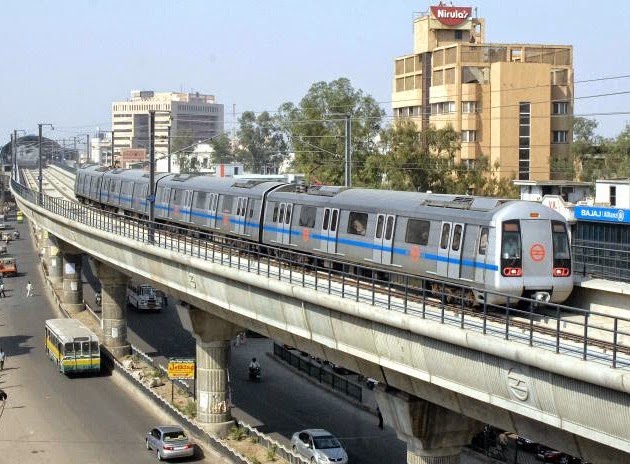 Understanding the impact of Mumbai's Metro on the Real Estate Market

OdishaHaal 11:55 pm India , Metro Rail 0 Comments
Metro rails in India are a part of rapid transit. Other forms of transportation that include rapid transit are bus, monorail and light rail systems. The first in India was the Kolkata Metro which had started its operations long back in the year 1984. After that the Chennai Mass Rapid Transit System (Chennai MRTS) became operational in 2002 becoming the second mode of rapid transit in India. The Delhi Metro is the first modern metro rail system which had a huge impact on Delhi overall. The following article talks about the impact of Metro rail on the real estate market of the city.

Studying the Impact of Delhi Metro
The first and foremost impact of Delhi Metro is on its transportation services. It has changed the perception of public transport in Delhi which was earlier not a very convenient mode of travel. Delhi metro has given the commuters the gift of time as the one thing they do not have to worry about is the uncertain traffic conditions. Thanks to Delhi metro, the scenario has changed drastically. Take a look at the following facts:

The Effect on Real Estate Market
Delhi's real estate market has been hugely impacted by its metro, with prices touching the skies.  In the year that the Delhi Metro was launched, Delhi saw prices go up by 22% in the post-construction phase, i.e., after December 24 2002, when its first line went operational.  Spread all over Delhi, the Delhi Metro currently has six working lines that are inter-connected to each other except the airport line. The red line that was the first operational line connected Shadra and Tis Hazari but today covers 25.09kms between Dilshaad Garden and Rithala. The following table summarizes the Delhi Metro:

2014 – The Changing Face of Mumbai Real Estate
First Delhi - now Mumbai! The Mumbai real estate market was sluggish till the last quarter of 2013. But 2014 saw prices up by 2% in the first quarter, according to a report by leading real estate portal, 99acres.com [ read the entire report here- http://www.moneycontrol.com/mccode/news/article/article_pdf.php?autono=1006964&num=0  ] The rental values have gone up by 3%, compared to last quarter of 2014.
The Mumbai Metro is now in its construction phase. The first line of the metro spread across the Versova Andheri-Ghatkopar (VAG) covers a distance of 11.4kms with 12 stations.  The other three lines of the Mumbai metro are either in the construction phase or in the planning phase. The connectivity of all four lines of Mumbai Metro is as follows:

The projects near the metro stations have initially seen a rise. According to Amit Sathe, the Business Head of Commercial Business of the Pheonix Mills Limited, the prices for residential and commercial properties after the opening of Line 1, have already seen a 20-25% rise than last year and predicts that the areas that are very close to the metro like the Bandra Kurla Complex (BKC) and Secondary Business District (SBD) will see an immediate price movement of about 35-40%. The next 4-5 years expect to see a 100% price increase especially for these areas. 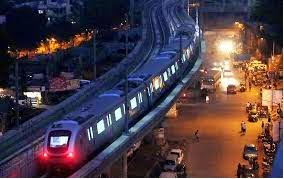 Some of these include

Ø  Mumbai-Santacruz Link Road
Ø  Jogeshwari-Vikhroli Link Road
Ø  The recently launched line 1 of the Mumbai metro has added good cheers to the realty market and the market that was stagnant has an infused life with these developments.

Metro in the lives of Mumbaikars have surely made the difference.  Other than easing the transportation, the metro has shown a considerable effect on the real estate prices.

Akansha Arora is a professional writer and blogger. She is happy to pen down her views for various that interest her. The above article talks about the effect of Mumbai metro on the real estate sector.  Follow her at akansha.arora2112@gmail.com
Share This:
Facebook Twitter Google+ Pinterest Linkedin Whatsapp
Real Estate Market
By OdishaHaal v�o l�c 11:55 pm